The following is a statement from Standing Rock Sioux Tribal Chair Dave Archambault II, in response to ETP’s lawsuit.

“Dakota Access is so desperate to get this project in the ground that it is now suing the federal government on the novel theory that it doesn’t need an easement to cross federal lands,” Archambault said. “They are wrong and the lawsuit will not succeed. We are looking forward to discussing the easement with the Administration and explaining why it must be denied.

Dakota Access previously told the Court that if they were not delivering oil on Jan. 1, 2017, their shipper contracts would expire and the project would be in jeopardy.

So they are rushing to get the pipeline in the ground hastily to meet that deadline. The only urgency here was created by their own reckless choice to build the pipeline before it had all the permits to do so. They chose to reroute this pipeline away from Bismarck and put it at our doorstep and through our treaty lands and sacred places, even after we told them that it could not pass here. They made bad decisions and are now facing the consequences. The tide is turning against this project. We thank all of our water protectors who have raised their voices against it. You are being heard.” 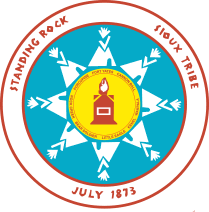