Visit Native Nations Rise for more information on the march. 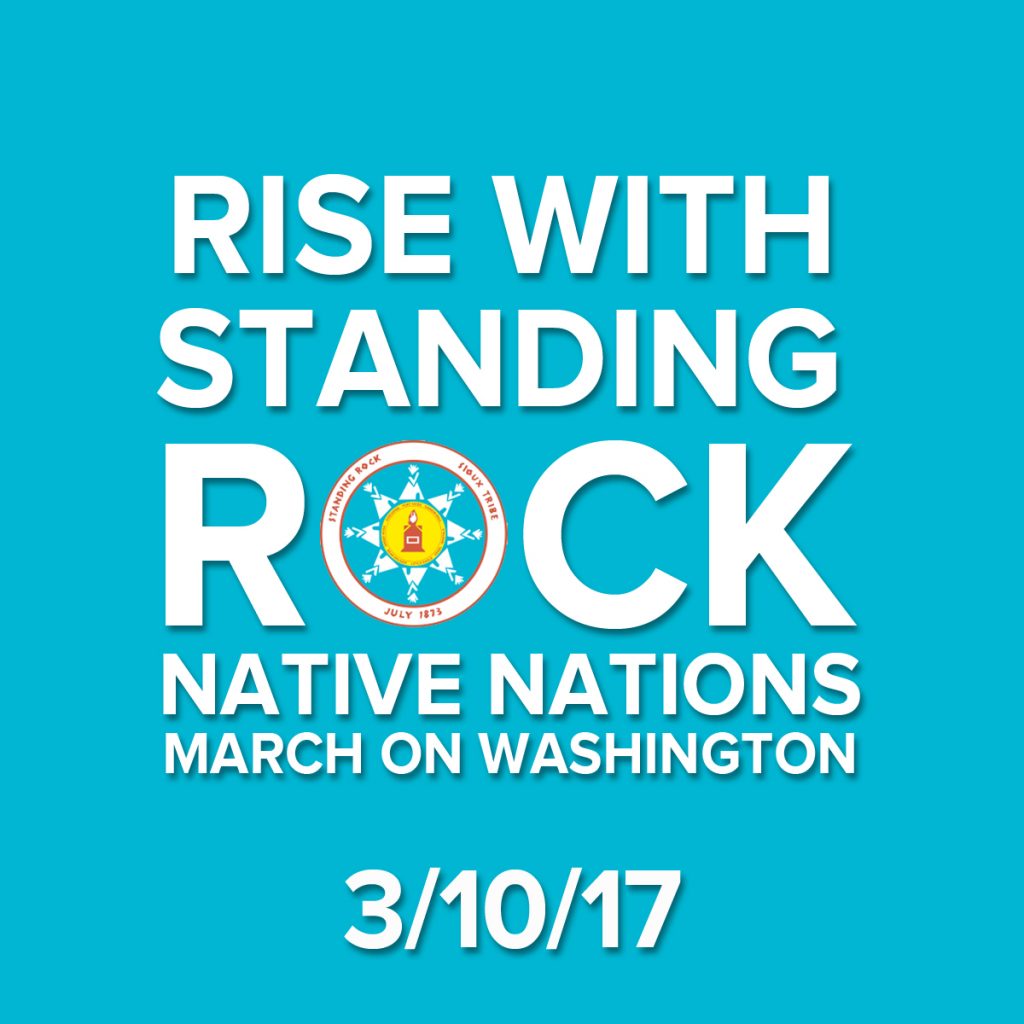 The Standing Rock Sioux Tribe and Indigenous grassroots leaders call on our allies across the United States and around the world to peacefully March on Washington DC. We ask that you rise in solidarity with the Indigenous peoples of the world whose rights protect Unci Maka (Grandmother Earth) for the future generations of all.

Standing Rock and Native Nations will lead a march in prayer and action in Washington D.C. on March 10th 2017.

For those who cannot march with us, we ask that you take peaceful action at home in your tribal nations, states, cities, towns, villages and provinces.

We are Tribal Nations and grassroots Indigenous communities rising to the call set forth by the Standing Rock Sioux Tribe to defend our inherent rights to protect Unci Maka and our water: Mni Wiconi.

March is being organized by the Native Nations Rise Planning Committee

#TakeTheMeeting // President Trump must meet with tribal leaders to hear why it’s critical that the US government respect tribal rights. This administration must work with us.

#ConsentNotConsultation // Tribal interests cannot continue to be marginalized in favor of the interests of corporations and other governments. Consultation is not enough– we must require consent.

#NativeNationsRise // The Standing Rock movement is bigger than one tribe. It has evolved into a powerful global phenomenon highlighting the necessity to respect Indigenous Nations and their right to protect their homelands, environment and future generations. We are asking our Native relatives from across Turtle Island to rise with us.

March 7 – 9 // Native leaders and their allies will lobby in the halls of power in Washington DC on behalf of the protection of all Tribes.

March 10 // Native peoples + their allies – gathering in thousands – will gather for a March from the Mall to the White House beginning at 10am. After the march, we will gather for a rally at the Ellipse. It is here we will make our demands to the new administration.